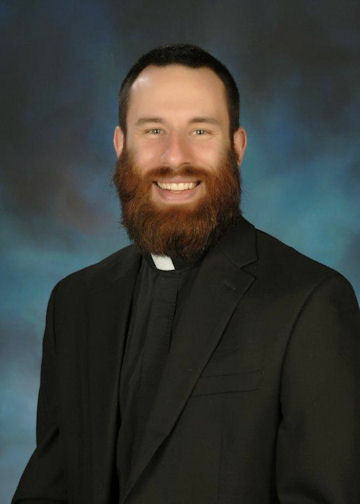 Fr. Ben Green was ordained in 2012 after graduating from Mount Saint Mary's Seminary in Emmitsburg, MD. He served two years at Blessed Sacrament Parish in Wichita before coming west. He is a graduate of Benedictine College and hails from Hutchinson.  He served two years at St. Francis of Assisi from June 2014 until June 2016.