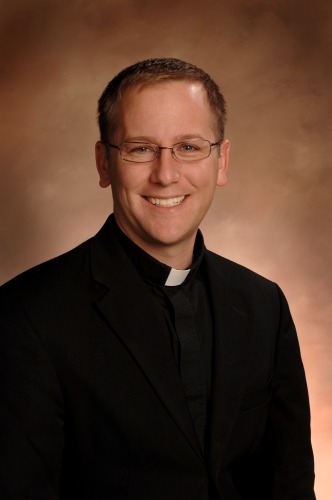 Fr. Curtis Robertson is originally from St. John's Parish in Clonmel, Kansas. He is a graduate of Norwich High School ('94) and Kansas State University ('98). After serving 5 years in the United States Air Force, he entered Mount Saint Mary's Seminary in Emmitsburg, Maryland in the Fall of 2004. It was there that he completed his Pre-Theology and Theology studies during his 6 years of formation. Fr. Robertson was ordained to the priesthood on May 29, 2010 by Bishop Michael O. Jackels, and his first assignment was here at St. Francis of Assisi as associate pastor from June 2010 until June 2012.