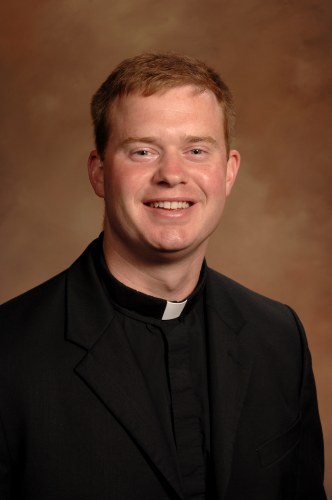 Fr. Michael Linnebur is originally from Sacred Heart parish in Colwich, Kansas. He was a graduate of Colwich Elementary School, Andale High School ('97), and Kansas State University ('02), before entering the seminary in the fall of 2002. He spent his first 4 years studying philosophy and theology at the Pontifical College Josephinum in Columbus, Ohio, and then completed his last 2 years of theology at Kenrick-Glennon Seminary in St. Louis, Missouri. Fr. Linnebur was ordained to the priesthood on May 24, 2008 by Bishop Jackels, and his first assignment was here at St. Francis of Assisi as associate pastor from June 2008 until June 2011.